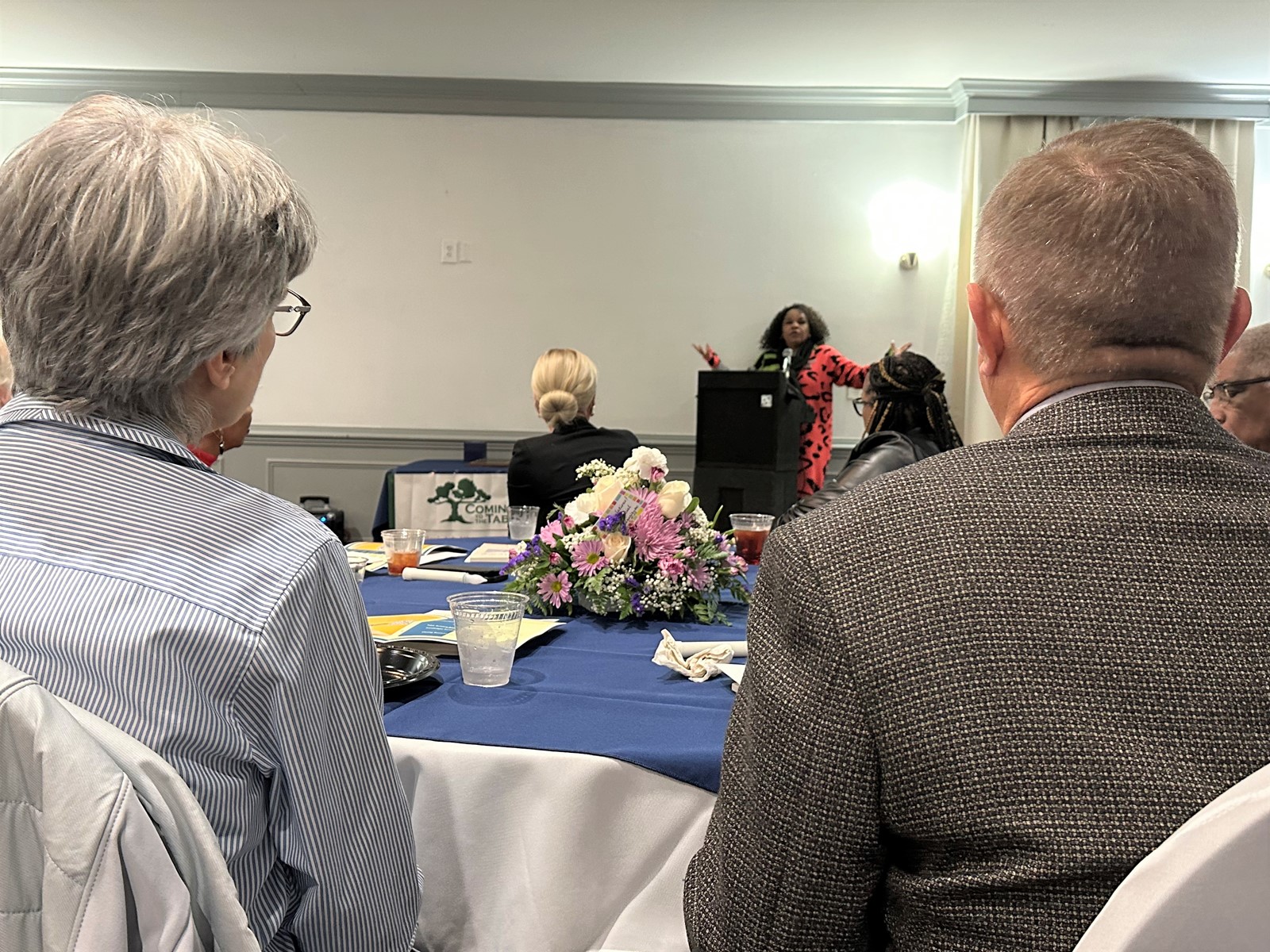 Attendees of the Greater Williamsburg National Day of Racial Healing listen to Johnette Gordon Weaver from the Hundley History Committee and The Reservation, one of the event’s speakers. The Reservation was a free African-American community that owned homes and businesses in York County from 1862 to 1922. photos by Kim O’Brien Root/staff 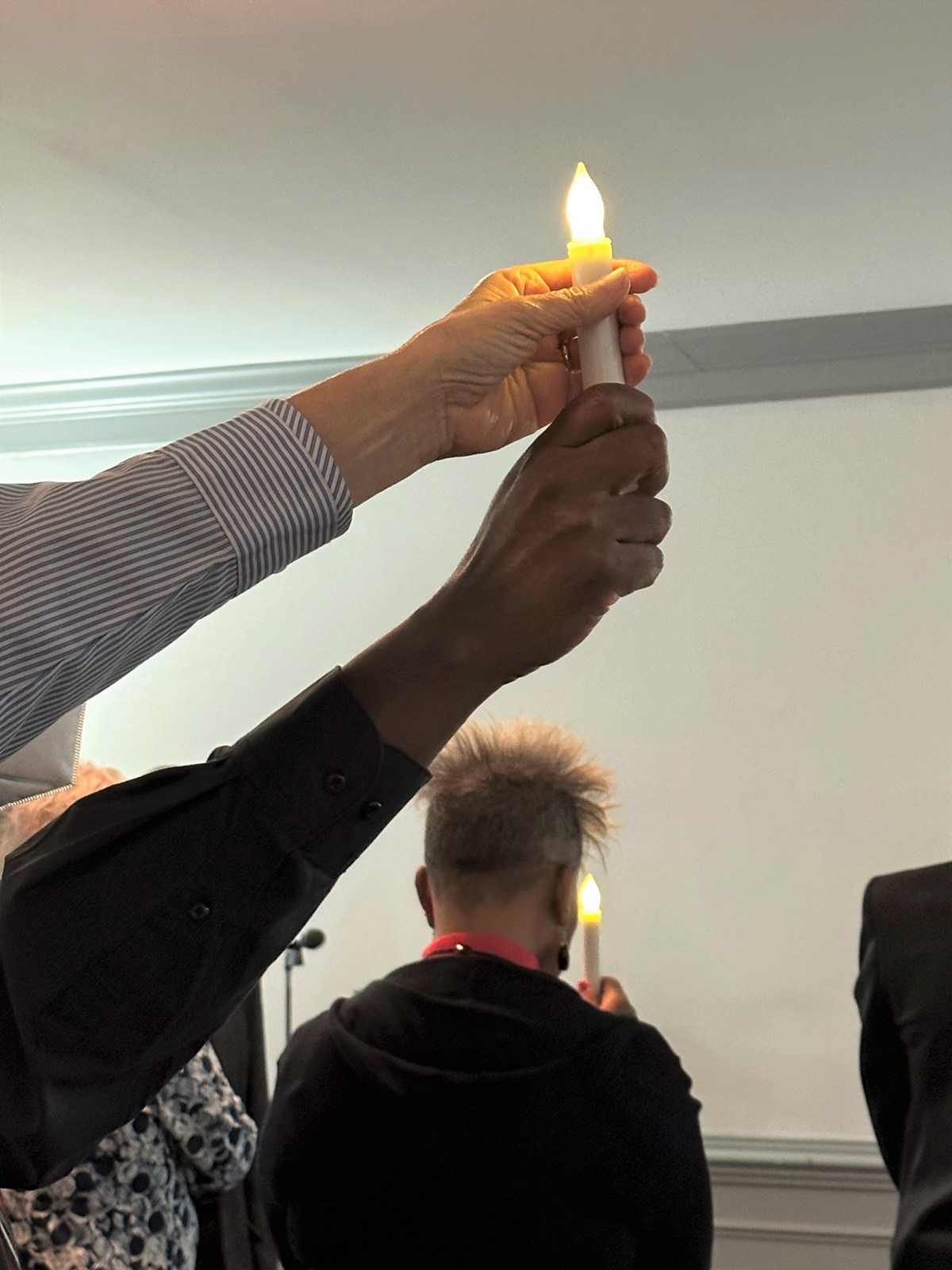 Hands clasp a candle together during the closing candlelight ceremony at the Greater Williamsburg National Day of Racial Healing.
PREVIOUS IMAGE

“We have to be the bridge,” said Connie Matthews Harshaw, president of the Let Freedom Ring Foundation, a group that works to preserve the history of Williamsburg’s First Baptist Church. “The only way to cure racism is to get to know one another, and we work hard at it. This is not work that we should do; it’s work we must do.”

The National Day of Racial Healing was created by the W.K. Kellogg Foundation in 2017 to be a time for communities across the country to gather to confront racism. It is held the day after the Martin Luther King Jr. holiday. Locally, the commemoration was organized by Coming to the Table-Historic Triangle, a program of the Virginia Racial Healing Institute.

It’s the fourth year the National Day of Racial Healing has been recognized in Williamsburg. After the past two years were celebrated virtually, this year’s event was held at Corey’s Southern Catering on Richmond Road, a Black-owned business.

The local chapter of Coming to the Table, a national racial reconciliation organization, was started in 2019, the same year marking 400 years since the first Africans arrived in Virginia. Former Gov. Ralph Northam proclaimed the Year of Reconciliation and Civility, encouraging Virginians to take steps to promote a more equal, just and civil society.

Coming to the Table works to create opportunities for people to come together and to get to know each other, along with planning educational programs and community initiatives that work toward racial healing.

“We are committed to building tables in a world where people are building walls,” Laura Hill, the local chapter’s founder and director, said at Tuesday’s event. Her hope, she has said, is that events such as this lead to greater trust and relationship building.

“Each of us has the ability to make changes in our thinking and behavior that could have substantial impact upon the Historic Triangle region...,” the proclamation reads. Committing to this “will propel this community and nation forward as a unified force where racism, racial biases and injustices will become a thing of the best.” The ceremony included presentations of the first-ever Table Builders awards, given to four local organizations that are working to correct historical narratives and foster truth-telling and community collaborations, according to Coming to the Table.

The awards this year went to Historic First Baptist Church and the Let Freedom Ring Foundation for their work in preserving the historic church’s past; Williamsburg City Council for creating the first Williamsburg Truth and Reconciliation Committee; Village: The Initiative for Equity in Education for highlighting the Williamsburg descendant community through the Local Black Histories Project; and Maximized Life Coaching and Mentoring for its work in supporting Black-owned businesses.

The event closed with a candlelight service as each of the nearly 100 attendees raised candles in the air.

“There are no dark switches,” said the Rev. Fred Liggin, a Coming to the Table executive board member. “There are only light switches. Tonight, commit to turning on yours.

Even if it is but a dimmer switch. If you came with your light shining bright, then share that light with us. The brighter the light, the more that will be revealed, the better we will see, the more we can do together.”

“A community that takes racial justice and healing seriously is intentional,” Liggin continued. “They are committed to doing the hard work.”